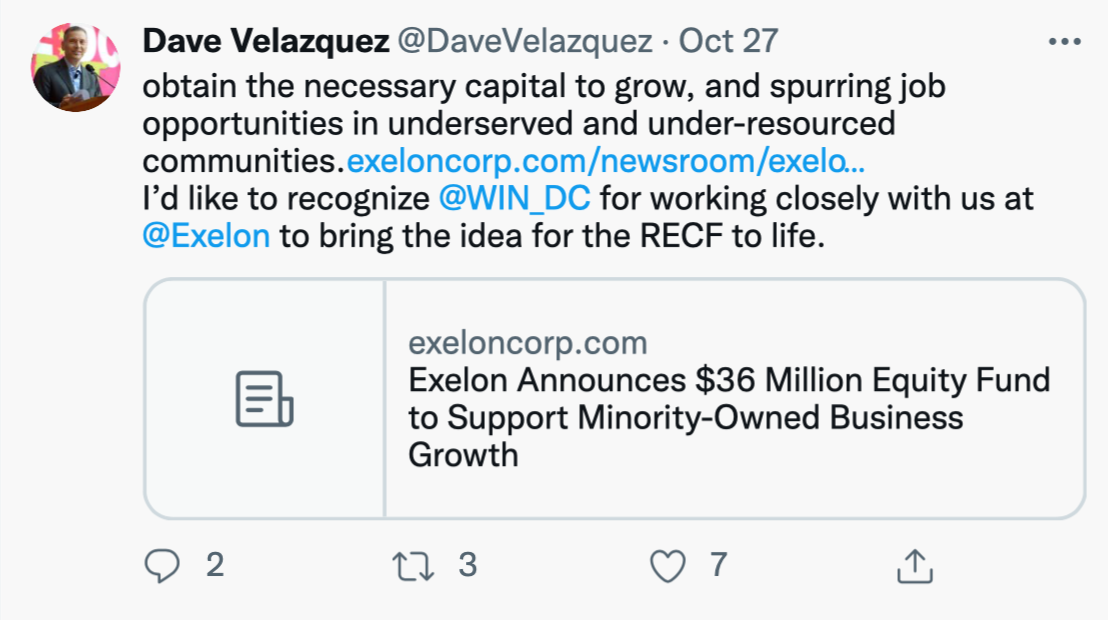 This is part of a larger agreement Washington Interfaith Network(WIN) negotiated with Pepco to increase access to local careers and raise wages of frontline workers. That project is already underway with commitments for 100 additional careers a year from D.C. communities with high unemployment. Wages are increased for all front line contractors to the prevailing wage, resulting in several job categories making nearly double what they were previously earning.