“The historical truth is that no single person—no matter how
gifted—has led complex social change on her own.” 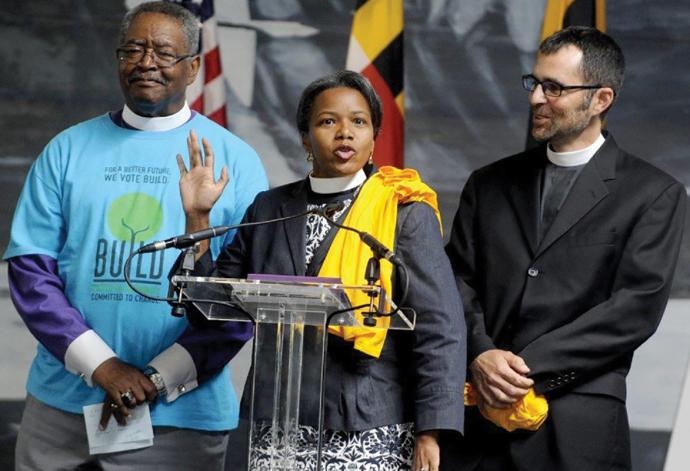 The pandemic made clear what we’ve previously known but rarely embodied: American cultural individualism is not sustainable. For people of faith, this individualism is not supported by scripture. Ever since the beginning, the Divine is recorded as creating with an eye toward relationships, and humans create in relationship with each other as well as their Creator....

This myth of individualism has even infected the way we talk about the social movements of the past. We love to tell stories of unilateral decisions by prophets “speaking truth to power.” We imagine Rosa Parks refusing to get out of her seat as a single, solitary event. We tell stories of Dr. Martin Luther King Jr. looking to the heavens for a dramatic word. We imagine Harriet Tubman driving the underground railroad all by herself. These stories are not so much untrue as incomplete. They neglect the way that individuals were shaped by the institutions of their time and how that shaping gave rise to their courage. They ignore the teams of people whose collective efforts produced individual actions and leveraged those actions for larger change. The historical truth is that no single person—no matter how gifted—led complex social change on her own.