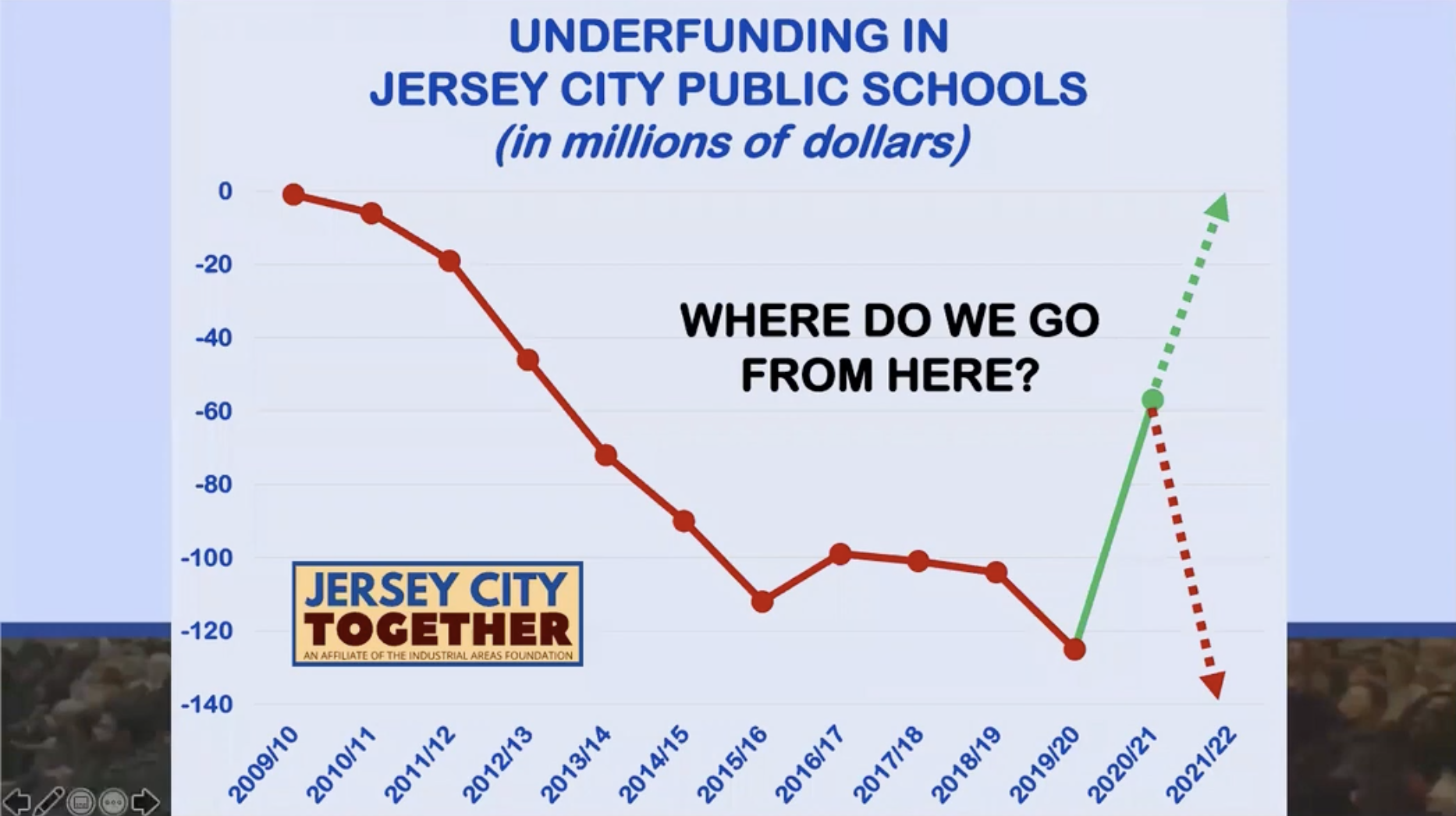 The Jersey City Together (JCT) Education Team led the charge for a huge win for public education in Jersey City. For the first time in more than a decade, the Jersey City Board of Education voted for a fully funded schools budget. The 6-3 vote is historic progress for a district that just a few years ago was $125 million underfunded according to the state funding formula. JCT leaders participated in this and previous meetings, testifying for the increased budget.

At their March action, Jersey City Together highlighted the history of underfunding in Jersey City Public Schools and called for a fully funded budget.