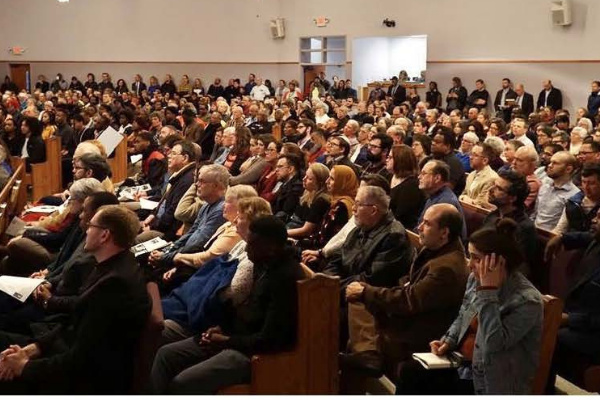 Executives from Duke University announced they ban-the-box, boost wages to $15 per hour and will make workforce development a priority. Executives from Duke will soon travel to Baltimore to learn more about BUILD and its project Turn Around Tuesday, and the John’s Hopkins workforce development model. The President of the Durham Technical Community College also pledged to train Durham workers to be connected into future living wage jobs.

The current campaign builds on a strong tradition of CAN victories on living wages. In previous years, CAN won living wage agreements from the City of Durham, the County of Durham, Durham Public Schools, Duke University and GoTriangle.