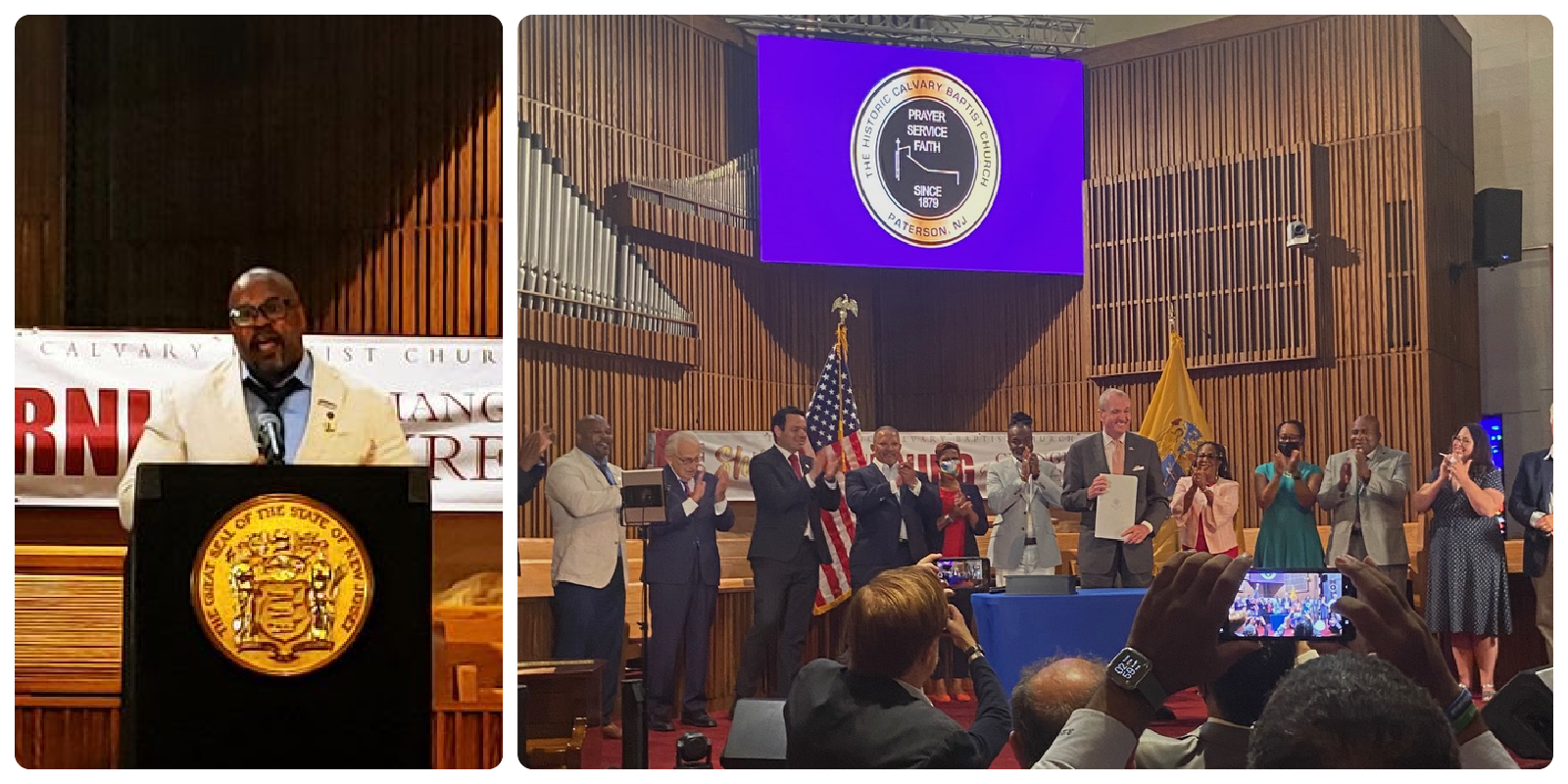 June 18, 2021, New Jersey Together organizer Boris Franklin spoke at the state’s first event commemorating Juneteenth held at Calvary Baptist Church in Paterson. At the event, he shared his story and the stories of those directly impacted by the criminal justice system that we’ve listened to in Jersey City & Morris County in recent years.

Gov. Murphy then signed into law the “Fair Chance in Housing Act” that prohibits landlords from asking about a person’s criminal record and limits their use of background checks. The law will be the strongest of its kind in the country.

If you haven’t read the New York Times article profiling Boris’s story and the legislation when the bill passed both houses of the legislature, take a few moments to read it now.

New Jersey Together testified about this bill in Trenton, sharing stories we had heard about the impact on individuals and families we had met who had struggled to access housing because of a past criminal record.